In principle, a wide variety of detection methods can be used, such as e.g. the optical methods UV / VIS and fluorescence detection and the electrochemical methods amperometric, potentiometric and conductivity detection. It is also possible to couple the CE with mass spectrometers.

By far the most widely used detection method is UV detection. All commercially available CE devices are equipped as standard with a UV detector or a photodiode array detector.

The UV detection is carried out “on-column”, i.e. directly in the separation capillary, whereby the Lambert Beer law applies to the absorption of light: 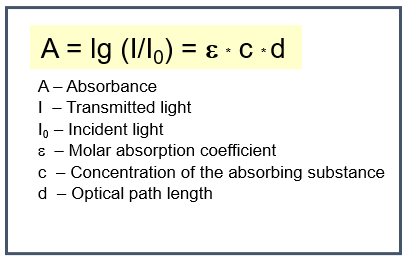 The use of indirect UV detection technology significantly expands the range of application of CE, as it also allows UV-inactive analytes to be determined.

The theoretical description of the change of the electrolyte concentration by the analyte ions results from the principle of electroneutrality and the Kohlrausch theory.

The concentration of the displaced electrolyte ions is directly proportional to the analyte concentration, making the indirect detection technique suitable for quantitative analytical determinations. 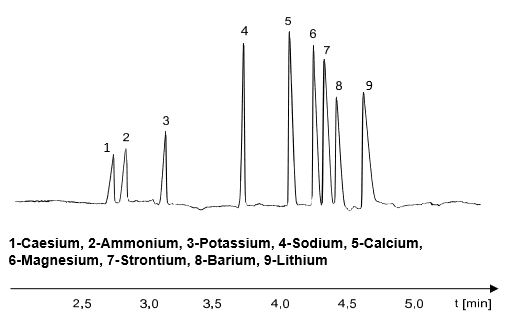